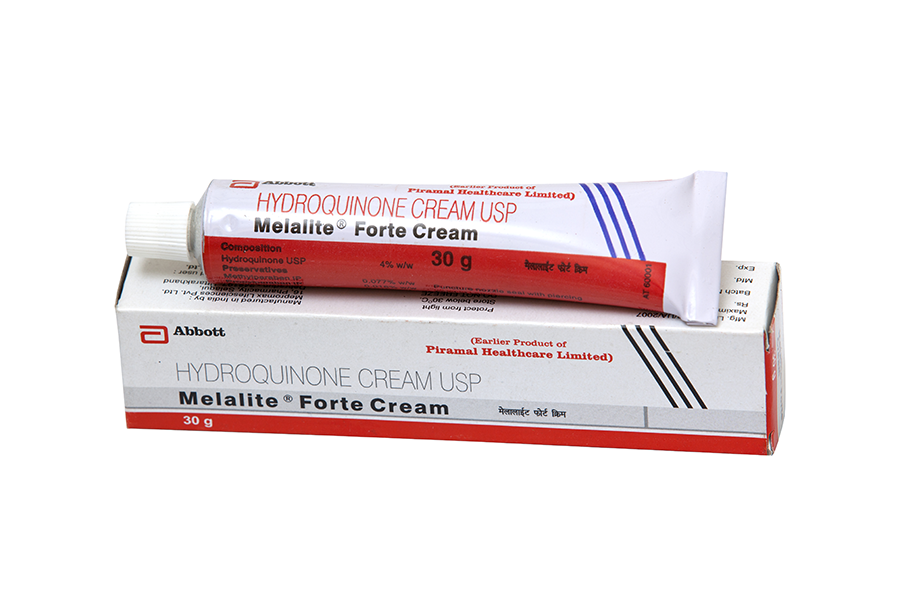 Everyone desires of having flawless and even skin tone! In today’s cutthroat competitive world, we hardly get time to look after our skin health. The only fraction of people gets close to it, rest majority of them are struggling with the odds of skin issues such as dark spots, freckles, melasma, and hyperpigmentation. Scores of people are suffering from a distressing condition that exerts dark patches on the face and makes it look uneven. Genetic makeup, hormonal changes, stresses and drug reactions could be the underlying reasons for the condition.

The active ingredient found in many skin lightening products named as Hydroquinone cream is a best available solution to deal with dark spots, melasma, and hyperpigmentation. It is one of the most popular products used by the women and is considered to be the safe and effective treatment. However, there is a dark side to hydroquinone as it does possess some side effects, which your physician will be knowing and make you aware of it. The desired results can be achieved by applying a prescribed concentration of medicine by the doctor.

Keep scrolling down to understand what is hydroquinone, how does it work and in which areas it can be applied.

Hydroquinone is an organic compound that lightens the hyperpigmented areas and makes the skin tone even. It is a skin lightening agent that fades the dark stubborn spots, post acne marks, and ageing spots. Hydroquinone cream aims to decrease the melanin production in the skin which is useful for skin discolouration issues.

How does Hydroquinone work?

To understand its mode of action, it’s important to be well-versed with the term “Melanin” and “Melanogenesis”. Melanogenesis is a process in which melanocytes make the pigment known as melanin. Melanocytes are melanin-producing cells abundantly found in the basal layer of the epidermis and contribute to the process of skin pigmentation.

This process of melanin production occurs in the liver. It is a three-step process involving the following steps:

Melanin is of three types

Dark skinned people produce more melanin in comparison to white skin people. It is present in various areas of the human body:

Where does Hydroquinone acts?

It acts on the very first step of melanin pigment process. It inhibits the enzyme phenylalanine hydroxylase and does not allow the formation of Tyrosine. It interrupts the process of melanogenesis in the initial phase of melanin formation. It takes several months to show response and does not bleach the skin.

Hydroquinone as a depigmenting agent is widely used across the worldwide. It is available in the strengths of 2% and 4% for the topical application on the affected area. 2% is found as over the counter for the hyperpigmentation treatment. If you don’t get results with 2% formulation, then with the prescription of doctor one can use 4% and results will take time of a few weeks to a few months. Apply religiously and be patient enough to observe the desired changes in your skin.

Avoid sunlight and use sunscreen to accelerate the healing process with melalite hydroquinone. As it makes your skin more sensitive to sunlight and may darken the skin. It is always advised to consult the dermatologist before initiating the treatment as it has some rare side effects such as ochronosis (blue-black discolouration of the skin).