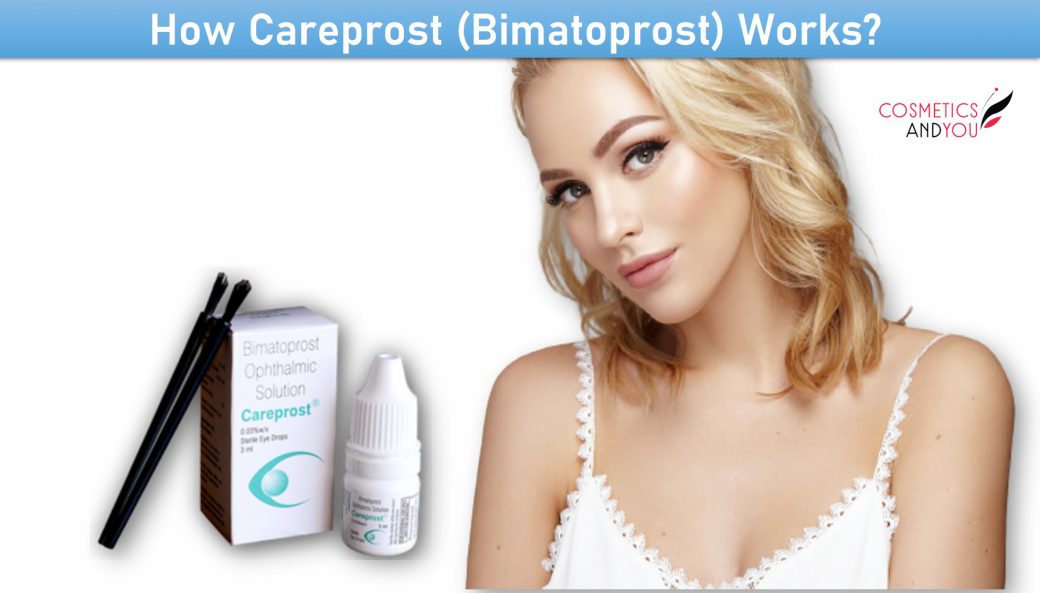 To know the concept how Careprost (Bimatoprost) works, it is important to have an understanding of the eyelash growth hair cycle. Like all hair, eyelashes grow in a cycle, it involves three phases and these are explained below.

Hair Cycle and its Phases:

The growth of eyelashes is cyclical and is mainly divided into three stages, namely anagen, catagen, and telogen.

Mechanism of Action of Bimatoprost

The active component contained in the formulation is Bimatoprost Ophthalmic Solution. The ability of Bimatoprost to enhance the growth of eyelashes emerged as a serendipitous adverse effect this product started using to treat a medical condition called glaucoma.

Treatment with Bimatoprost preparation results in multiple changes to the hair cycle.

This increase in the growth of hair cycle probably manifest as noticeable changes in the length of eyelash associated with treatment.

In other words, we can say that Careprost Bimatoprost increases the percentage of eyelashes in anagen and the duration of the anagen phase to result in bigger and better-looking eyelashes.

Furthermore, the ability of the active component of Careprost to increase darkness, thickness, and fullness probably results from melanogenesis, a process through which melanin producing cells produce melanin (a pigment found in the hair and skin). Bimatoprost has been shown to stimulate melanogenesis as well as enlarges the diameter of the hair shaft, resulting in darker eyelashes.

All these facts suggest that Bimatoprost ophthalmic formulation can increase the length, fullness, darkness, and thickness of eyelashes. It has a significant impact on all characteristics that may be associated with the overall appearance of eyelashes. In a short period of four weeks, Bimatoprost gives you the significantly greater number of eyelashes. you can buy careprost here at affordable price and genuine.