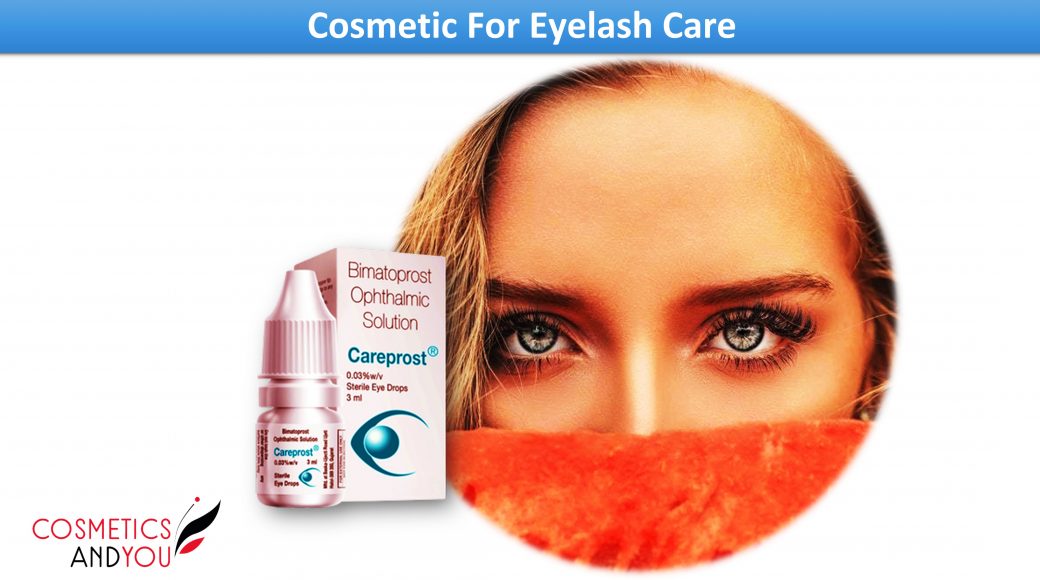 Women have been looking for ways to enhance their appearance of eyes for thousands of years. Researchers have developed some formulations that help your lashes to grow longer, darker, and thicker. One of the most popular and effective prostaglandins called Bimatoprost, a drug sold under various trade names, including one of the most widely used Careprost. Bimatoprost 0.03% is an FDA approved ophthalmic preparation to treat glaucoma. Still, the side effect on lash growth is substantial enough to begin marketing it as an eyelash growth solution. Another glaucoma medication that claims to boost lash growth is Latanoprost. However, limited studies show that Latanoprost works, but there is much anecdotal evidence to support claims.

Discuss with a dermatologist about this glaucoma drug, as Latanoprost supplies in the form of eye drop to treat glaucoma only. The drug is not currently being marketed for growing eyelashes. This way, it could intensify possible side effects over eyelid application. Therefore, it is necessary to consider the possible side effects of Xalatan to determine whether eyelash growth worth it or not. The common side effects of this prostaglandin include stinging and burning, blurred vision, itching, eye redness, darkening of the eye colour, and feeling of something in the eye.

Bimatoprost is the only FDA approved remedy for growing eyelashes. It makes the most sense to give it a try to an FDA approved formulation as that is the intended formula. Latanoprost will also result in lash growth, but it is not as effective as Bimatoprost 0.03% solution in creating luscious lashes.

Can Latanoprost be used as an Eyelash Grower?

Since the introduction of Latanoprost as an ocular hypertensive agent for the treatment of glaucoma, hypertrichosis of eyelashes has been reported as a common adverse effect associated with ophthalmic prostaglandins. In clinical studies, compared to Latanoprost, Bimatoprost 0.03% was found to have an even higher occurrence of lash growth. Latanoprost was found to be able to promote hair regrowth in animal models. So far, the area for research is limited to prostaglandins analogues or, specifically, Latanoprost. It is suggested that hypertrichosis following prostaglandin usage is probably a result of the induction of the growth phase, also known as the anagen stage of the hair follicle cycle, leading to increased lash length and thickness.

You must follow the usage instructions as specified if you want to lower the risk of any side effects. Proper use will help you achieve results within a few weeks of regular application.

How a prostaglandin promotes eyelash growth?

Before application, be sure to wash your hands and face, removing traces of makeup. The ophthalmic solution is used once nightly and is applied at the base of lashes with an applicator brush. Bimatoprost 0.03% topical solution is approved by the US food and drug administration for use on the upper lash line only. The primary effect will be on upper lashes and may automatically spread to the lower lashes you blink. All prostaglandin analogues work by creating more hair follicles during the growth phases of the hair cycle as the ophthalmic agent is used to treat glaucoma and is unlikely to cause damage. Results usually appear within two months of regular application. Stopping the usage will gradually make your lashes return to their original state.

An increase in hair growth is regularly associated with the ophthalmic application of prostaglandin analogues. In clinical studies, when patients received latanoprost eye drop for their ocular hypotensive effect, increased hair of the lashes have been reported. But there is limited evidence to support the data, and Careprost, another prostaglandin, is far more effective as an eyelash growth solution. Speak to your dermatologist before using any topical prostaglandin therapy for your eyelashes.